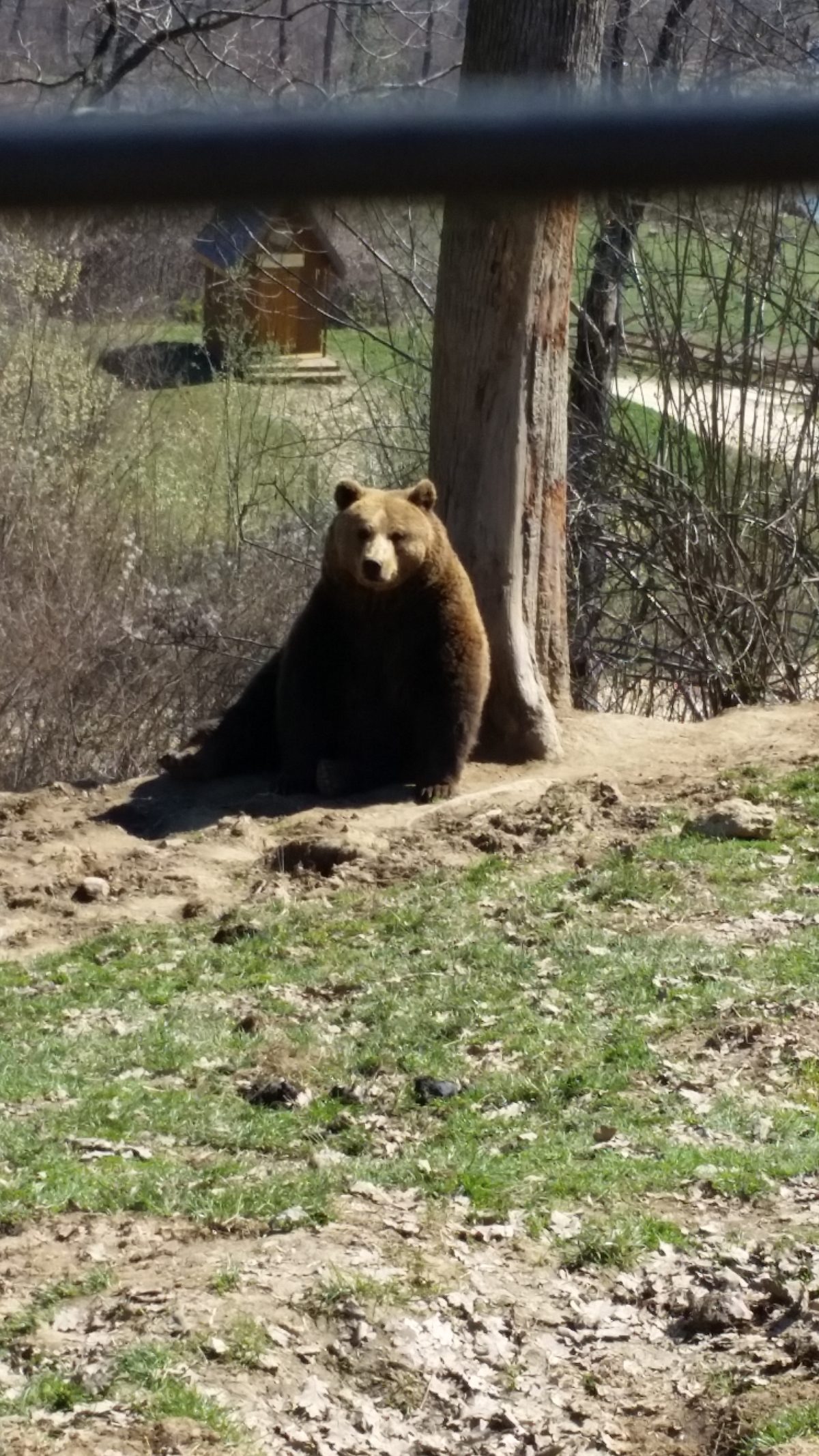 I’m coming up on the end of my stay here in Romania. I am flying out on Saturday the 1st and will be spending two weeks in London before heading to the Isle of Mull

I’m coming up on the end of my stay here in Romania. I am flying out on Saturday the 1st and will be spending two weeks in London before heading to the Isle of Mull in Scotland where I will be till mid-May. Colin, the owner of the home I have been residing in for the past two months returned last Wednesday, and yesterday took me out for a lovely day of exploring some bits of the area I hadn’t seen. I will say, it is quite a bit of luck that I was house sitting for an experienced and generous tour guide! He is an Englishman who has been living here in Romania for 23 years, and has forgotten more information about the country than I will ever learn in my lifetime! http://roving-romania.co.uk

We set out Wednesday morning in his trusty Land Rover that is plastered with the name of his tour company “Roving Romania” on the side. I knew we were heading for Magura, a small village in the foothills of the Carpathian mountains for a visit with his friend (and now mine)Arabella. I was quite enjoying the view and Colin’s knowledgeable commentary when to my surprise,we turned right into the entrance of a Bear Sanctuary!

Colin had done some volunteer work with the sanctuary, as well as adopted three of the bears, Pamy, Puppy, and Attilla. Because he was so well known and respected (EVERYONE in Romania knows Colin) I was treated to a private tour.

The majority of the bears are rescues from roadside zoos and tourist attractions where they were kept in small cages for years and forced to perform for tourists in order to receive food. Many still have scars from their ordeal, both physically and mentally.  Max’s former owner had pepper sprayed him while young in order to dull his sense of smell, a form of “training” used to lessen the possibility of a bear displaying aggression. He was also blinded. Sibling males Jexie and Jimmy still repetitively “perform”, as they did for 11 years as captive trained bears…even after having been safe and well fed at the sanctuary for five years. The sanctuary is also home to a few rescued wolves, only one of whom is visible to the guests. Her name is Kira, and I managed to get a couple of photos of her before she faded back into the trees.

The sanctuary is currently home to 87 bears. If you would like to know more about the sanctuary, or perhaps sponsor a bear, please take a look at their website http://ampbears.ro

We finished touring the sanctuary and headed back to Colin’s Land Rover, (which he has not named but I had christened “Vera”) ready to get back on the road to Magura and Arabella when I saw what looked like an upside down canopy bed by the side of the road. I asked Colin what it was and he kindly pulled over so I could get a closer look. He explained that it was what is affectionately called a “shepherds palace”. Essentially it is a crudely made portable “bedroom” with a straw mattress and wooden plank sides and roof that can be moved along with the flock. There was more proof of a former encampment in the bones scattered around. Often they keep pigs as a food source for themselves and the hard working sheepdogs. After poking around for a bit, back in the car I went and off we went heading, into the town of Zarnesti…  (to be continued tomorrow, I swear)

There is always something new to learn around every corner in this amazing country! Please enjoy the photo’s below, and I have also included a few videos.

P.S. If you enjoy the blog, perhaps consider donating a small amount. Each post takes from 5-12 hours depending on the number of photo’s or videos, which take a considerable amount of time to upload, edit, organize and caption. As always, feel free to ask me any questions in the comments or to just chat! I appreciate you taking the time to read of my adventures, and I will continue to offer you my best.