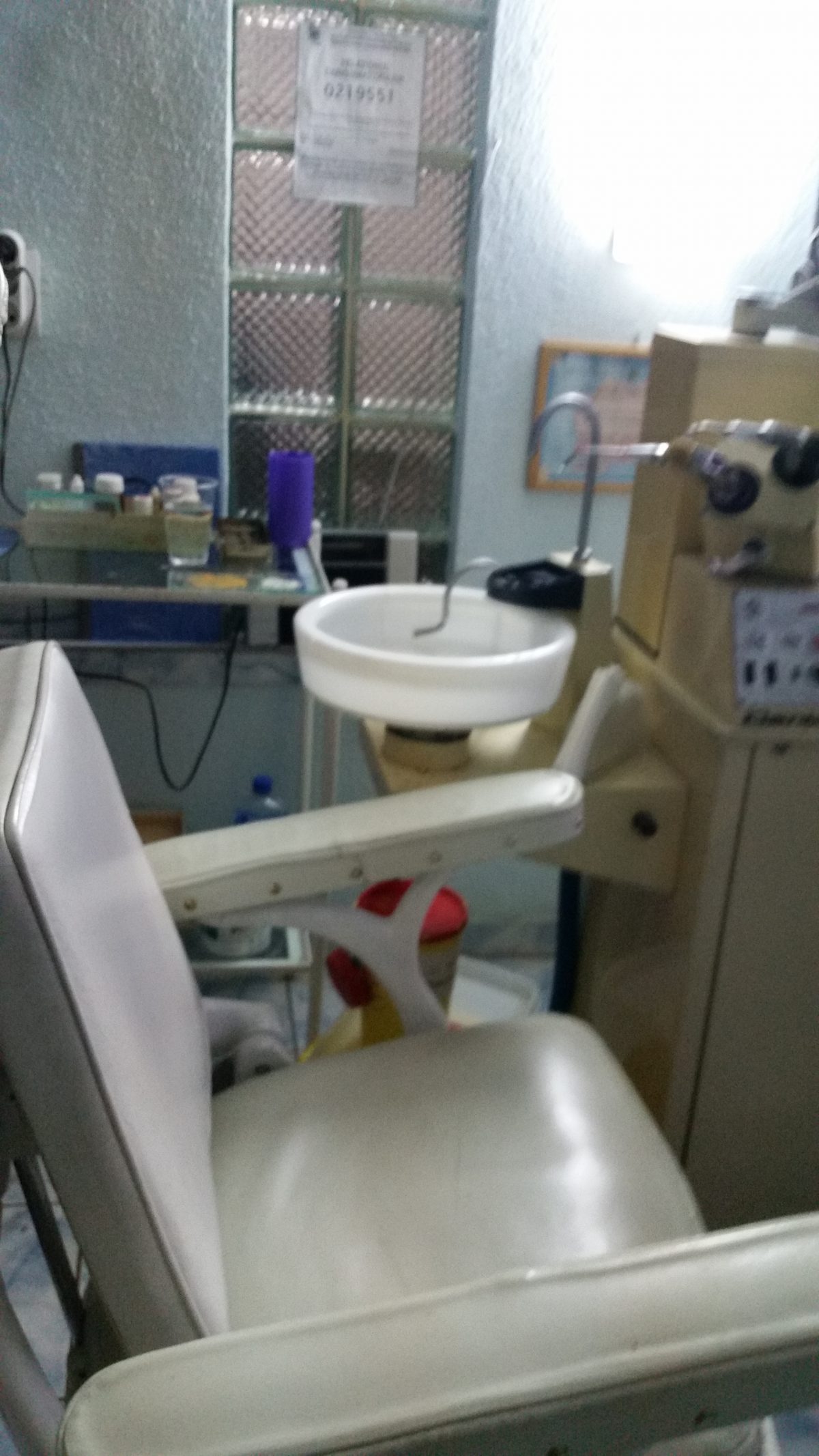 I’ve been on my own here in Bod for two weeks. The first week after Colin left I spent mostly enjoying my solitude. Lots of singing and dancing about the house…and probably more nudity than there

I’ve been on my own here in Bod for two weeks. The first week after Colin left I spent mostly enjoying my solitude. Lots of singing and dancing about the house…and probably more nudity than there would be on average. This week I was much more active. I finally made it onto Brasov on Monday for my dentist appointment. If you read my last post, you know all about my bus problems last week. This time I not only managed to get on the bus (there actually BEING a bus to get on to helped) and make it into town, I did not make a fool out of myself in the process.

This time when I arrived at the bus stop here in Bod, a crowd was waiting, mostly teenagers and they kept giving me the side eye. As a stranger in a very small village I am starting to get used to it. I do not know if word has travelled about who I am and where I am staying. It can feel a bit intimidating! There is no way for me to know if they are aware that I do not speak Romanian except for the very basics. For example, I can say ‘The bus is white’, or ‘The cat is big’. I’ll get there though. It’s a damn sight more Romanian than I knew a month ago.

Anyway, the bus did arrive and I made it to Brasov. Then I had to sort out which city bus would take me closest to the dentist office. (FYI…its #51)Now, Brasov buses are not at all like London buses. There is no sexy British voice announcing the next stop or electric sign. I had to keep my eyes out the window, looking for “Biserica Neagra”, or “The Black Church”…which I had assigned as my landmark, as it is huge, hard to miss and close to the dentist.

It began life as a Catholic church, but was changed over to Lutheran during the Protestant Reformation due to the fact that this part of Romania has a large Saxon influence. Indeed, Bod and many of the surrounding villages are former Saxon villages. It is called  The Black Church due to a fire set by invading Habsburg forces in 1689. There is a statue on the roof of a small child peering over the side.

Legend says a small German child was annoying the Bulgarian builders, so one of them punted the child off of the tower and then walled in his corpse inside of the church. I’m not sure if the statue is there to honor the child, or if someone has  delightfully twisted sense of humour.

Because there was no way in hell I was going to take any chances missing my dental appointment again…I had given myself plenty of extra travel time, resulting in two hours to kill before my appointment. So I decided to go to a little place for lunch that Colin had taken me to where I knew they spoke some English. I ordered Greek Chicken Sour Soup, French fries (chips), a bottle of water and two martini’s. YES! I finally got my martini! (and they worked perfectly as a pre-dental procedure “soother” even though they were not ‘dirty’ as I prefer them) There was a bit of confusion when I ordered it. I knew they made them, it was listed on the menu. But when I told the waitress I wanted a “Martini”, she asked me “Red or white?”. ??? I am quite sure I looked puzzled…and answered tentatively.. “Uh…white?” She started to walk away, and suddenly I had a thought. I grabbed the menu and looked again at the entry on the menu… it was titled “Martini Mix”. I quickly corrected my error with the waitress. I had forgotten that in Europe, when you order a ‘Martini”, you are actually ordering the Martini brand of vermouth…which comes in both red and white varieties.

By the way.. my entire meal came to 50 Lei. Which, converted to American dollars…is $11.90. That was for two martini’s, a hearty soup, French fries and a bottle of water. That wouldn’t cover even two McDonalds value meals in the states.  Finally it was time for me to head to the dentist, who was only a three minute walk from the restaurant. My appointment was for 3:30, but as you might have figured by now, I tend to show up early for things. Thank goodness I had already been there one time before with Colin, because if this had been my first visit there I seriously doubt I would have been brave enough to walk down that alley. Oh, before we go any further… take a wild guess what “Dentist Office” is in Romanian. Go ahead… guess.

It is ‘Cabinet Stomatologic’. Don’t even try to tell me you guessed that, you lying ‘idiotule’. (Always learn the cusswords and insults first)

After you open that cool red wooden door, you see this…(well, not Colin. Unless you are with Colin) And then you turn right … And then there on the left is his office door! Anyway, there was no one else in the waiting room, so Domnul Dentist (Mister Dentist) invited me back to sit in the seat of doom. His equipment is old…but clean and in good repair. I didn’t get any sort of Little Shop of Horror vibe. We then did a bit of back and forth-ing about what was about to happen. He was very kind and could tell I was nervous. I had done my best to learn as much dental and/or pain related Romanian as I could, and between that and his limited English…he was able to communicate to me that it would not take very long…”easy…easy…da? Quick! No needle…spray, da? ”  Well, I’m no fan of that big horrible novocaine needle…and I thought “Ok, what the hell, in for a penny, in for a pound. So said “Da.”…commenced my usual dental death grip on the arms of the chair…and we were off.

It took 15 minutes. Did not hurt for even a nano-second, and the filling looks and feels fantastic. In all seriousness, best dental experience ever. And only 100 lei. AKA…$25

I strolled out of his office feeling mighty pleased with myself. Since the next bus back to Bod wasn’t until 6, I had some time to kill so I found a German coffee shop with WiFi delightfully named (in English) “Come Back”. I ordered myself a Weiner Melange (Sylvia in Germany introduced me to these…they are delicious and the name cracks me up) and settled in. It was here in the coffee shop (the bathroom to be exact) that I witnessed the evidence of a stark cultural difference. You see, here in Romania many women do not sit on the toilet seat to urinate…they stand on it and squat. Even in 5′ heels. Now, while the balance and core strength it must take to do that is very impressive…the mess they often leave behind is not. So far, two out of three times I have used a public loo, there are muddy footprints on the seat. Half the time, whomever used it before needs to work on their aim. This time, there were just two footprints.

It is surprising how quickly one gets used to things. Now I have wipes in my backpack that I use each time on the seat, just in case.

Finally it was time to head back to the main bus station to catch the “Bod Express” home. I don’t know how many bus stations you have spent time around during your life, but I think it is fair to say that most of them tend to attract a certain type of unsavoury characters who have no intention of catching a bus. While I was waiting I was offered numerous items for purchase- cell phones, ball caps, a pager (?!),shoes, books and what I think was an actual piece of real fur. All of these items had seen heavy use. One enterprising young boy who looked around 9 or 10 offered to sell me a plastic fire engine. None of them were excessively rude, but it did take at least three increasingly louder exclamations of “Nu” (no) to make them move on. Eventually the bus arrived and I boarded, feeling rather tired and glad that this was the last leg of my day.

After we trundled off and made a few stops on the way back to pick up more passengers the bus became increasingly more crowded until I am quite sure we were wayyy past the “maximum capacity”. I couldn’t see out the window beside me because it was too filthy, and with all the bodies pressing around I couldn’t see out any of the other windows either…leaving me no way to look for landmarks to know when the hell to get off. Oh, and it was also pitch dark. At the next stop I wiggled my way to the middle of the bus right by the door so I could see out each time it opened. We were by this point out of the city and making our way down the dark country roads. At the next stop, when the door opened I peered out and felt fairly confident that I had at least an idea of where we were and relaxed a little. Then he bus pulled away, and the driver forgot to close the door. I looked at the passengers around me, certain that someone would let the driver know. Nope. Now we are hurtling down the dark country road with the large double doors wide open…and no one seems to give a fuck. Like, not even a tiny little stunted one. I was hanging on to a pole by the door, technically in no real danger unless someone decided they hadn’t met their monthly murder quota yet, but I’m pretty damn sure shit could have gone bad quickly. Of course, I do not know how to say  “Close the fucking door” in Romanian (I do now!!) so I just held on tight and tried to look as impassive as the rest of the passengers. On the plus side, I had a very good view of where we were heading. We stopped two more times before the driver finally closed the door.

It was very dark when we arrived at my stop in Bod. Country dark. There were no people out and about, and all the shops were closed. Mind you, it was only 6:30 pm. I walked home in the dark by the side of the road, ducking out of the way of the passing cars. When I finally made it back to my cozy little borrowed house, the first thing I did was pour a glass of wine and give myself a hearty salute! That had been one heck of a day.

The rest of the week hasn’t been quite so eventful, which is fine with me. It snowed Tuesday, which was lovely and prompted me to start using the woodstove for a bit of extra warmth. I shoveled the driveway, made a few trips out to the barn for wood,(even hacked at a log for a bit) made a hearty soup from scratch from root vegetables that turned out delicious, and I keep the fire going. I feel like a pioneer woman! (Albeit one with proper feminine hygiene products and a laptop.) I even made a friend! His name is Bertram O’Snownessy. I have been warm and cozy and gotten quite a bit of writing done. I will be going back into the city very soon though.  I am out of wine.

I have added a few more pics below, and a video of the snowfall. It was so blissfully quiet  Enjoy!

BRASOV, the area near the dentist office