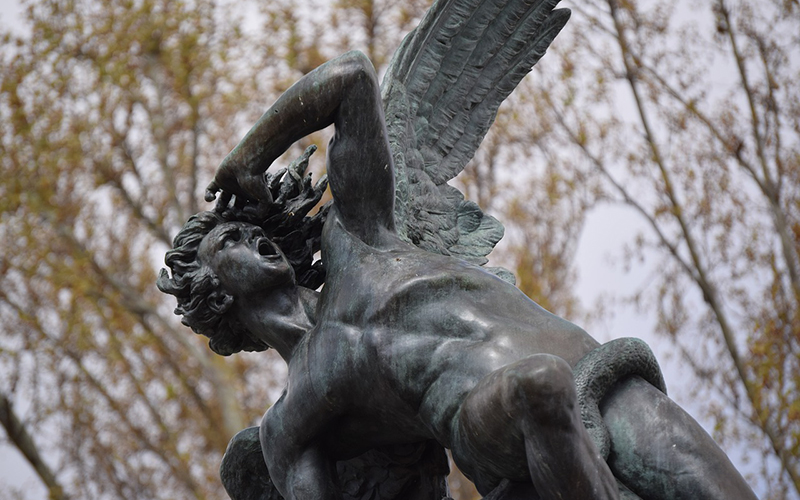 I am the first person I have ever known who has been deported. Well, I was anyway…until I shared my tale and discovered that amongst a few of my friends and acquaintances were hidden stories. I also have the dubious pleasure of being a supporting character in the new stories the others detained with me will be sharing (or perhaps hiding) from their own friends and family.

I’ve been struggling with how to approach this. Should it be nothing more than a step by step regurgitation of each moment?  In all honesty, that would be tedious to write, which would make it a giant bore to read. And in truth…it is not what happened to me that has affected me so much as it is the emotions that roiled through me during the experience and still continue to. Maybe there were things that I could have said or done differently that could have resulted in a different outcome. And then again, perhaps not. My fate may have been unknowingly sealed from the moment I walked off the plane.

I cannot claim complete ignorance of the UK border policies. I have heard horror stories…but when you are a cocky little fuck like I can occasionally be…you figure you’ll be ok. After all, you AREN’T trying to live and work in the UK illegally, and you have enough money for your trip…so you think you’ll be fine. I mean, I always got nervous when going though immigration no matter where it was…( For my whole life I have had a great fear of being incarcerated for something I didn’t do)….and each time I handed over my passport I always imagined alarms going off and a cage coming down from the ceiling trapping me inside as a voice over the loudspeaker grandly proclaimed  “AHA! We have caught the infamous Nottinghamshire Weasel Muddler!” …accompanied by raucous applause and scathing looks from my fellow travelers as I was dragged away proclaiming my innocence.

I’m also very aware that how your Passport Control experience plays out can come down to something as simple as who is behind the desk when you approach. The personalities of the officers, their moods, prejudices, and work habits all factor in, as well as how long they have been at their shift, is it close to break time, are they new at the job or long-timers, do they have anything to prove, are they feeling well, are they training another officer…so many factors. The same things that affect everyone in their day to day interactions…except that in their case the stakes are much higher for those they interact with because they have all the power and you have very little.. The same as when dealing with the police in the US, or any law enforcement. And there is the extra added fear of being an “outsider”, and not knowing what rights you do have.

They are no more, no less than any of us (and often are the best of the best) and I in no way wish to malign any law enforcement officer from any country. And I will not do so here.  But the fact remains…it matters.

I am not going to go into great detail about what I said when questioned, or the questioning itself as I am not the least bit interested in hearing what I “should have said”, nor do I want to get into a debate about politics. Not to mention the fact that I very much wish to eventually return to the UK and the last thing I want to do is piss them off. I want to make nicey nice so I can go back to my favourite seat at the National Gallery espresso bar and write about Britishy things like bacon butties, brown sauce, Doctor Who and the national treasure that is Olivia Coleman.

The story begins after I de-planed and schlepped down the ramp into the large room housing Passport Control.  I took a place in line, immediately logging on to the Gatwick free wifi (you get 90 minutes) to let my daughter Hannah know I had arrived. (She may occasionally be referred to in this piece as “my Spawn”.) After about 40 minutes of weaving, I was finally waved toward an open cubicle. I handed the gentleman my passport, and he started asking me the usual questions….how long are you staying in the UK, what is your purpose for the visit..etc. Then came a few more. “Where are you staying? How do you know them? Do you have a return ticket? Are you working while you are here?” I replied to all his questions, and my first inkling that there was a problem was when he started writing my answers down. He then told me he needed more information, could I follow him please… and he escorted me to a little pen containing about 12 seats in the center of the room occupied only by one young woman seated with her luggage piled around her. (Others came and went during my time in “the pen”.) I sat down and immediately messaged my Spawn.  She reminded me that I hadn’t done anything wrong…and I tried to chill but my body was having none of it. My brain was screaming and freaking out, and my stomach was trying to climb up my throat…probably in order to reach my brain and choke it into silence. (My brain can be VERY annoying. I am actually quite surprised that my other organs haven’t already staged a coup and replaced it with a kidney.)

After about ten minutes the man came back over to the pen and asked me some more questions…one of them about whether I had had surgery in the UK. I said yes, and explained what happened.

He left again. I made eye contact with the young woman(who did not speak English), and we smiled at each other weakly.

After about 25 minutes… during which time I spent messaging my Spawn, trying not to throw up, and aggressively hating the happy clueless tourists all around me…the man returned. He asked me a couple more questions, went to leave again but I stopped him and bluntly asked “Am I being kicked out?”  Because we all know….NOT knowing what the hell is happening can feel worse than the actual result.  “You are going to be “interviewed”, he replied and walked off again. At that response, part of me went “Phew!”. The other part thought “What? I thought that is what this was. Fuck.”

By this point my 90 minutes of free wifi was used up, and I had to resort to texting Hannah. (At overseas rates of .50 text sent and .05 text received our next phone bill is going to be insane.) I told her the current situation , and also that I had to pee. By that point I had been there for two hours and had consumed mucho coffee and water on the plane. I’m actually surprised I didn’t have to go way before that. (I always have to pee.) I am assuming the fact that my sphincter was clutched so tight in fear had something to do with it. (Same muscles. Try it.) I ended up having to signal a passing officer, who remarked that I had been there an awfully long time (the other girl had long been led away, but we will see her again, oh yes we will) and that he would go check. In the meantime, he opened the little gate and I was allowed to go to the toilet, which was in the rear of the room near the entry ramp. Almost immediately after I came back, another man came over, asked if I was Rebecca Carlton, and when I answered “yes’, he turned around and began to walk away. I stood and watched him until the officer who let me pee laughed and said ‘You need to follow him!’ (Well, how the hell was I supposed to know that?) I struggled to grab my luggage and follow him to the escalator where he remained at least ten steps ahead of me the whole time. I’m pretty sure he never even looked to see if I was following until he got to the to the top of the escalator. In fairness, where was I going to go? Don’t laugh, but there were three times I genuinely thought to myself “You could run”.  One was when I went to the toilet, this was the second. The third comes much later. Luckily, I still retained enough of my sanity to immediately reject that option each time…but I still thought it.  I was then led through the type of door you would never notice unless you were looking for it, down a hallway and into a small room with a table, where I was told to sit and wait.

And here ends part one. This thing is already over 1500 words, and I’m fairly certain there are at least another 3000 to go. Probably more. Part 2 will be certainly be chock a block with bits.  Look for that in a day or two. Or maybe tomorrow, depends on whether my brain is being a childish whiny little shit who can’t focus or acting more like a proper grown up and settling down to get the work done.   And then, of course, part 3 will follow.

As always, I thank you for taking the time to read my ramblings, and once I have finished telling you this particular story, I shall return to sharing new tales of exploration and discovery.

(A brief aside…I was writing this while sitting in a Starbucks here in Maitland…and I’ll be damned if there wasn’t a British man sitting across from me. I mean, what are the odds? Really? In Maitland? I did chuckle to myself, because humor in the dark is how I survive. )

2 thoughts on “Lordy, lordy, look who was deported.”